🚚 FAST & FREE SHIPPING ON ALL ORDERS! 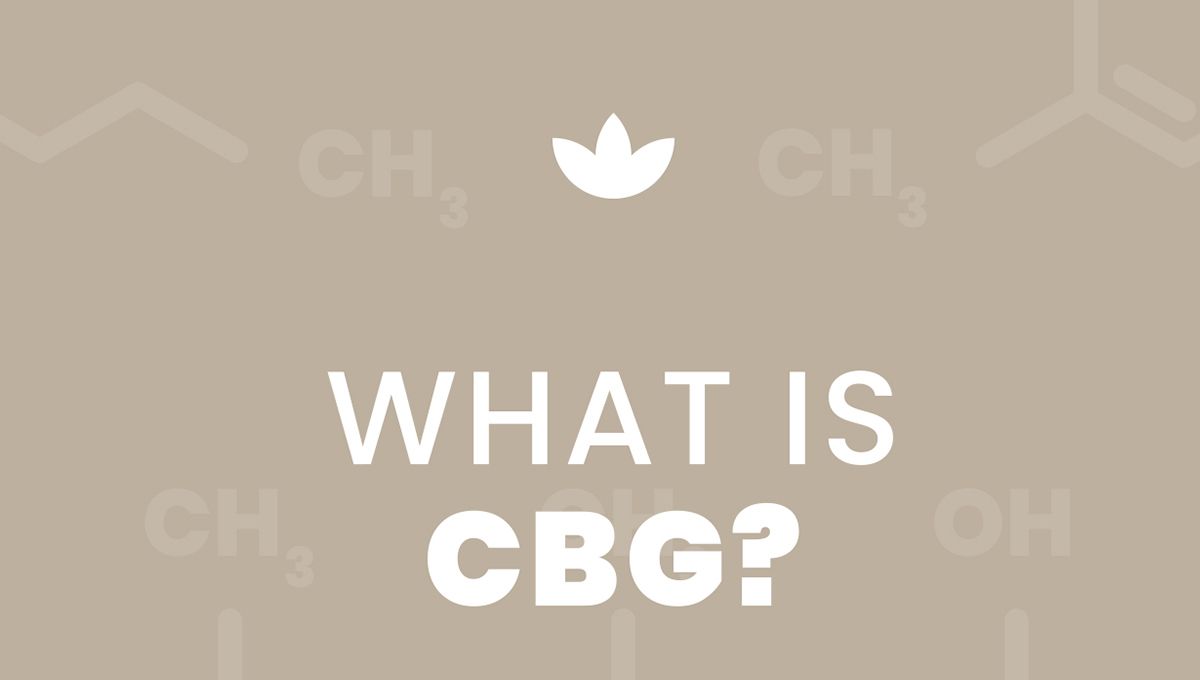 Everyone seems to be asking, what is CBG? What are the differences between CBG and CBD?  The simple answer is CBD assists with the production and regulation of the body’s endocannabinoids.  While CBG works on the receptors.  Unlike CBD, which has a relatively low affinity for cannabinoid receptors and works mostly via indirect interactions with the endocannabinoid system, CBG is thought to evoke its therapeutic effects through direct interaction with the CB1 and CB2 cannabinoid receptors in the brain. Another way to differentiate the two – CGB typically energizes, whilst CBD has a more calming effect. The two balance each other out when taken together.

Another major differentiator with CBG is that it is the precursor from which every other cannabinoid is synthesized, which is why it’s often referred to as the “mother” or “stem cell” of cannabinoids. This makes CBG unique to every other cannabinoid and it also brings a great therapeutic promise, making it the subject of great interest for researchers and consumers alike.

What is Cannabigerol (CBG)?

Cannabigerol, aka CBG, was first discovered in Israel in 1964 by researchers Yehiel Gaoni and Raphael Mechoulam, along with dozens of other cannabinoids. Shortly after this discovery, Gaoni and Mechoulam found a new neurobiological system, now known as the endocannabinoid system. While their later work mostly pertained to the effects of THC, their discovery has laid the groundwork for further research into this incredibly intricate plant and the corresponding functions within this system.

How Is CBG Made?

CBG is derived from young cannabis plants because they contain higher amounts of CBG than fully developed plants.  Some strains of cannabis like White CBG, Super Glue CBG, and Jack Frost CBG also have higher CBG content than other strains. These strains are specifically cultivated to produce higher quantities of CBG.

Due to the difficulty of getting CBG, cannabis growers have been experimenting with cross-breeding and genetic manipulation to help cannabis plants produce more CBG.

How does CBG work?

So, after all the genetic engineering, what exactly does CBG do? On the surface, CBG has many similar effects as CBD, having been observed to combat pain and mitigate the intoxicating effects of THC without any psychoactive qualities (as in, it won’t make you feel a “high”). However, unlike CBD, CBG interacts with both CB1 and CB2 receptors. It has also demonstrated an ability to increase anandamide, or “the bliss molecule,” which plays a critical role in the regulation of many functions within the body including memory, pain, appetite, mood, and sleep.

The limited research on CBG also means that there is no reliable information about potential side effects. From what we know, and from previous research on CBD, Cannabigerol seems to be very easily tolerated, has very low toxicity, and there have not been any significant side effects observed as long as it is consumed in normal doses.As always, it is advisable to consult with your physician before adding CBG to your regime, especially if you are taking prescribed medication.

The production difficulties of CBG make it very scarce. It’s much harder to produce than other cannabinoids like THC and CBD. Since CBG shares many similarities with CBD, manufacturers would rather produce CBD.  When CBG is produced, products derived from it are very expensive. However, CBG has a host of promising potential benefits and more research is being done into easing the production and availability of the cannabinoid.

Will CBG get me high?

No, CBG won’t get you high.  Like CBD, Cannabigerol is mildly psychoactive but not psychotropic. CBG and CBD affect the brain very differently from THC, and they do not come with intoxicating effects. In high concentrations, CBG may induce effects of relaxation and euphoria, but the majority of the effects that this cannabinoid has on your system are not psychological.

The same rules apply to CBG. CBG isolate and broad-spectrum oil that contains CBG are generally safe to consume before a drug test. If your CBG oil contains THC, then there is a risk of a failed drug test—depending on the sensitivity of the assay and the THC content of your product.

Does CBG give you energy?

CBG is known for its energy-boosting effects that are often compared to a caffeine rush. However, it should be noted that CBG does not have any stimulating properties like THC. Several users enjoy the boost in energy, concentration, and creativity that CBG provides.

How does CBG make you feel?

Despite the long list of potential benefits of CBG, there is still a question of its effects and how it makes you feel. Since cannabinoids are gotten from traditional hemp plants (Cannabis Sativa), it is important to know what effects it has. THC, which is also derived from the cannabis plant has some adverse effects like mind impairment or intoxication. If you intend to use any of these compounds in the future, it is important to know how they will make you feel.

The straight answer to the question is that CBG does not have similar effects to THC. This means that it will not make you feel high or intoxicated just like CBD. Cannabigerol is not a psychotropic drug but is mildly psychoactive. However, it doesn’t impair reasoning like THC.

However, there is some evidence that when CBG is taken at higher concentrations, the patient may feel a mild sense of euphoria as well as some relaxation of the brain and muscles. so far, there is no report of people taking CBG and getting intoxicated or dizzy after using a higher dosage than usual. This means that CBG is a lot similar to CBD and may be used to promote sleep since it produces a calming effect.

Where to buy CBG products?

Simple Leaf CBD uses only high-quality sources, including peer-reviewed studies, to support the facts within our articles. We fact-check and keep our content accurate, reliable, and trustworthy.

1.       What is CBG? The minor cannabinoid with major potential explained. Journal of Cannabinoid Medicine.

3.     Colasanti BK. A comparison of the ocular and central effects of tetrahydrocannabinol and cannabigerol. Journal of Ocular Pharmacology and Therapeutics. 1990;6(4):259-269. 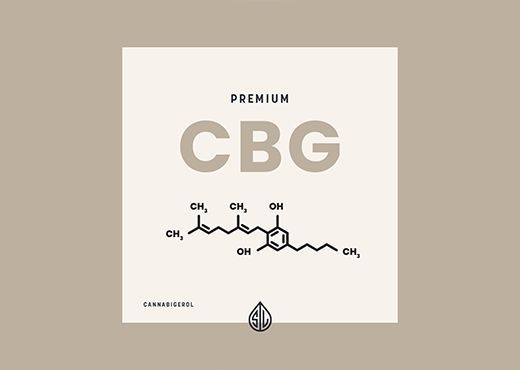 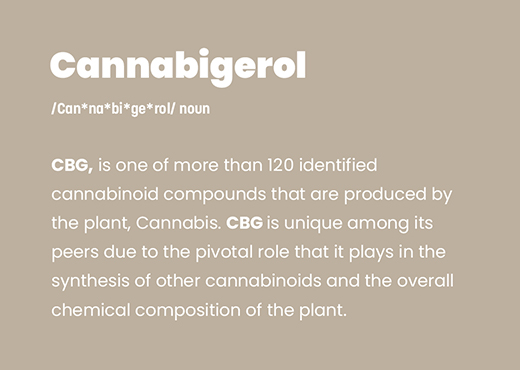